French government data released this week show that there were 7,000 same-sex weddings in France in 2013, the first year in which marriage equality became the law of the land.

And you know what, Manif Pour Tous (a hate organization that organized violent attacks against LGBT people) and spokeswoman for homophobia, the ridiculously named Frigide Barjot? The world has not come crumbling down, the institution of marriage is still wholly intact and heterosexual French men are still happily cheating on their wives and partners (see: President Francois Hollande and the unfolding story of his recent shenanigans).

I was in Paris in late 2012 when the issue of marriage equality was before the nation’s parliament, and there were both pro- and anti-equality marches through the city during my visit. In fact, one of the hate marches (for which the Catholic church paid to bus in thousands of people from all over France) went right down the street of the apartment I had rented for my stay. But I also was lucky enough to participate in a massive pro-equality march that wound down the Rue de Rivoli from Place de la Bastille to Hotel de Ville. News reports put the crowd at anywhere from 750,000 to 1.5 million. It was absolutely amazing.

The best part for me? At least half of those taking to the streets were straight men and women — old and young, many married themselves and who simply viewed the issue as a human-rights and civil-law matter, not a religious issue. And for that, I am awed and incredibly grateful. 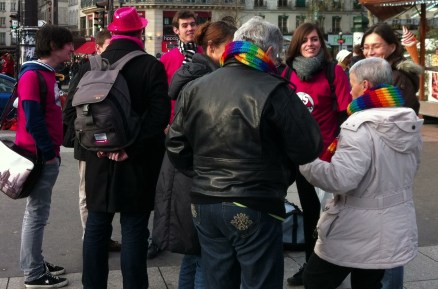 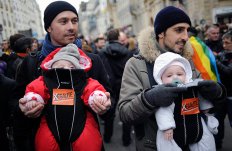 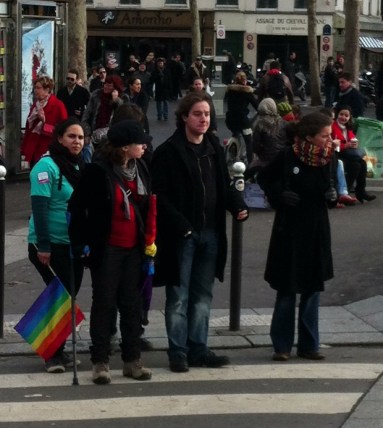 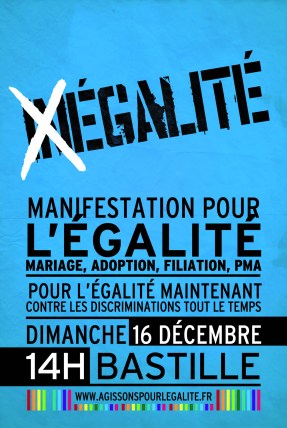 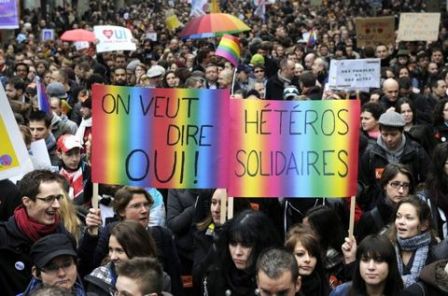 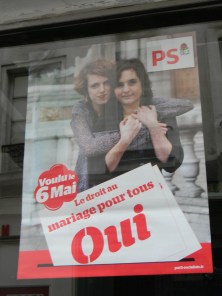