Springtime in Paris is simply glorious.

All of the flowers in the city’s parks start to bloom, the trees start to blossom, those bone-chilling breezes off the Seine turn more pleasant than polar, and the Parisians who hunkered down for the winter suddenly seem incapable of staying inside one minute longer.

A fantastic way to experience le printemps in the City of Light is by visiting one of Paris’s grand parks, like the Luxembourg Gardens or the Tuileries. But for springtime sights, sounds and smells, I’m partial to the Jardin des Plantes, an enormous botanical garden in the Latin Quarter. The Jardin des Plantes is actually France’s main botanical garden, serving as home to a national botanical school that trains botanists, constructs demonstration gardens and maintains a massive seed depository to safeguard France’s botanical and horticultural diversity. The sight was established as a garden nearly 400 years ago, with the first plants installed in 1635 to serve as a medicinal herb garden for the royal family. At about the end of the 15th century, the garden came under the stewardship of university-trained botanists, who expanded its size and focus to include plants of all sorts from throughout France and opened the space to the public. Today, each of the park’s 28 hectares displays about 4,500 plants, with three hectares devoted entirely to decorative plants and flowers. Additionally, the sprawling complex includes an Alpine garden with more than 3,000 species from around the world, an Art Deco winter garden, Mexican and Australian hothouses, a large rose garden and four small museums—the Grande Galerie de l’Evolution, and museums dedicated to mineralogy, paleontology and entomology.

There are dozens of crisscrossing walking paths through the garden, as well as three children’s playgrounds. Numerous small huts and individual carts sell drinks and snacks, perfect to enjoy while taking a break on any of the hundreds of park benches scattered throughout the huge park. A particular draw for families with small children is Paris’s zoo, the Menagerie du Jardin des Plantes. The zoo was founded in 1795 essentially as a place to house the many exotic animals that had been the personal property of King Louis XVI until the French Revolution. In keeping with the Revolution’s focus of equality for all French citizens (and not just spoils for the wealthy), the Menagerie was open to all from day one, and as such became the first public zoo in the world (and today still holds the title of world’s oldest continuously operating zoo).

But don’t expect an American-style zoo. In fact, because of its limited space, Paris’s Menagerie has no large animals at all — you won’t find any elephants, giraffes, gorillas, hippos or rhinos. Instead, the zoo has focused on rare small- to medium-sized mammals and a large collection of birds and reptiles. There are, however, several types of monkeys (always a zoo favorite!) housed in two separate buildings. Other crowd favorites are the endangered red pandas, big cats like lions and snow leopards, and black, brown and grizzly bears. Because the garden is so massive, there are several entrances around its perimeter. The main entrance is near the Seine river, a block or so from the Gare d’Austerlitz train/Metro station. But I much prefer entering from the rear of the park near the corner of Rue Linne and Rue Cuvier and following the spiral walkway up the Butte Coypeau – the highest point in the park – which provides a fantastic view of the entire garden from the ornate gazebo perched at the top of the hill. Magnifique! 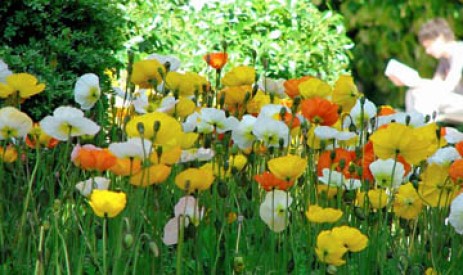 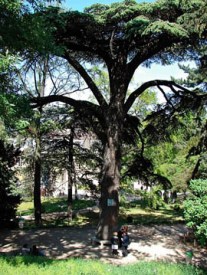 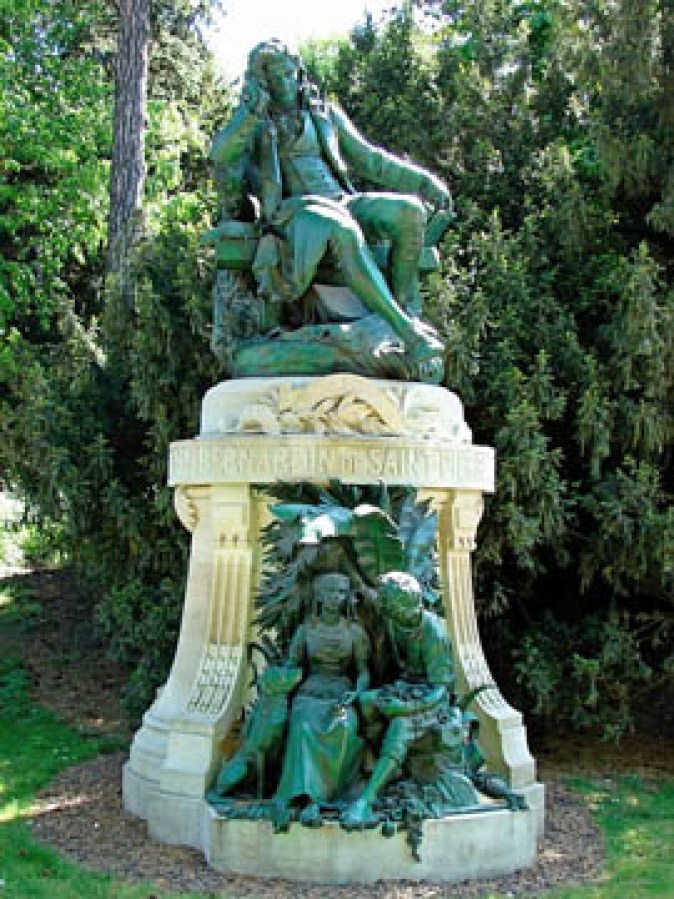