Home » Entertainment » Can’t Get to the Beach? Paris Brings It to You! There’s a long-held belief that Paris is a ghost town in August. Fortunately, it’s only partially true.

While many Parisians do use some (or most) of their six weeks of annual paid vacation in August to head out of town and a sizeable number of the city’s restaurants and boutiques do close for at least a week or two, the notion that everything in Paris shuts down for the entire month is typically not the case. Since throngs of visitors descend on the City of Light every summer, many shops, boutiques and restaurants that cater to tourists most definitely remain open. And the tightness of the global economy also means that for more and more Parisians “staycations” are becoming the norm, and they definitely need places to eat, shop and relax.

To help these Parisians who aren’t able to vacation at a fantastic beach-front resort, former Mayor Bertrand Delanoe in 2002 launched an ambitious program to bring the beach to them. Called Paris Plages (translated as Paris Beaches), the initiative creates sand banks along two stretches of the Seine River in the heart of the city—one on the Right Bank from the Louvre to Pont de Sully, passing the Ile de la Cite, Hotel de Ville and Ile Saint Louis); the other on the Left Bank’s Port de la Gare near the National Library of France—as well as a beach around the Bassin de la Villette canal in northeastern Paris’s 19th Arrondissement. (The program was launched in 2002 on only the Right Bank; it expanded in 2006 to include the Left Bank beach and again in 2007 to create the Bassin de la Villette plage.)

In addition to creating temporary beaches (more than 5,000 tons of sand are trucked in for the project each year) that are dotted with chaise lounges, umbrellas and more than 100 palm trees, the Paris Plages program also includes numerous boardwalk-style vendors selling summer treats, several small “floating” swimming pools (swimming in the Seine is prohibited), boules courts and ping-pong tables, a sand volleyball court set up in the plaza of the Hotel de Ville (city hall) and a series of evening concerts. The Bassin de la Villette beach includes a number of water sports opportunities, including kayaking, sailing and cruising around the canal in pedal boats. Each “beach area” also is turned into a temporary pedestrian-only zone; normally very busy streets along the Seine and surrounding the Bassin de la Villette are closed to traffic.

And best of all, every activity is free of charge. The only thing visitors would have to purchase or bring on their own are sunscreen, picnic provisions and snacks (all of which also are sold by the beachfront vendors). The Paris Plages program, although initially derided by critics as a waste of tax money, has proved enormously popular with both Parisians and travelers to the City of Light. More than 4 million people visit the temporary beaches each summer, and new activities and events are added each year.

This summer, the three beaches are open daily until August 17 from 9 a.m. to midnight. 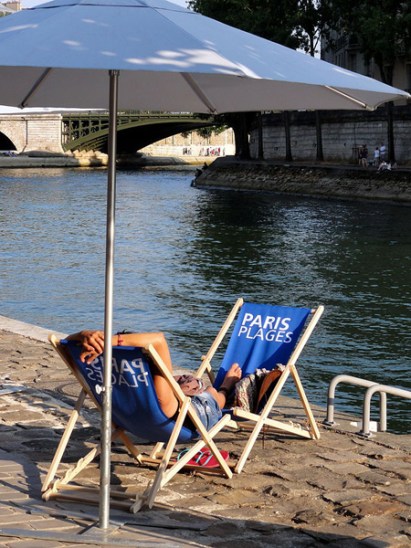 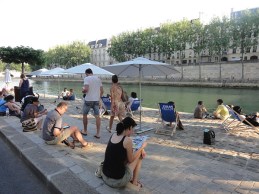 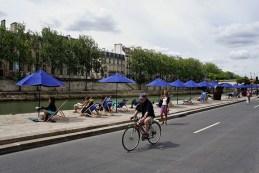 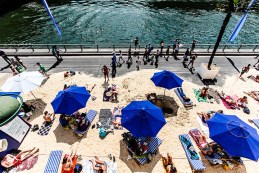 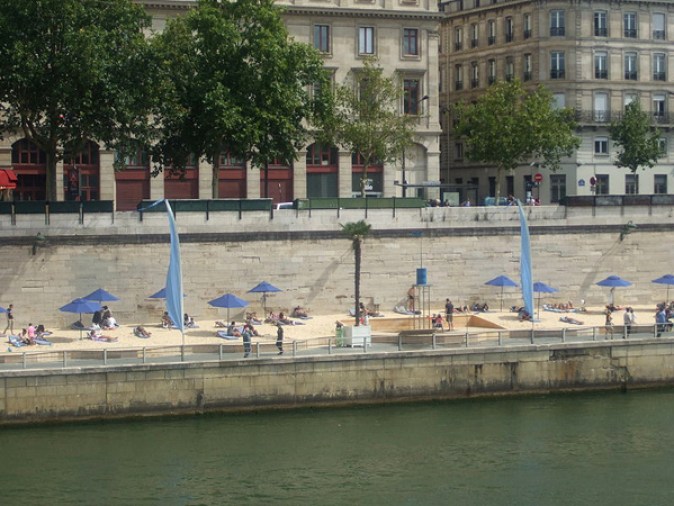