French painter Guillaume Bottazzi is currently staging a live art-creation event at the futuristic D2 Tower in Paris’s La Defense district, where the artist is publicly painting a 250-square-meter (820-square-foot) polyptych piece, adding a bit each day through December 20 (although, because the paint can’t be applied if the temperatures drop below 40 degrees, the end date may be extended as needed).

Bottazzi, born in 1971, is a modern artist who’s had major exhibits in galleries across the globe, including France, Belgium, Germany, England, Japan, Hong Kong and the United States.

The artist’s works are also displayed in the permanent collections at the Miyanomori International Museum of Art in Sapporo, Japan; the Musee de la Poste in Paris; the Queen Shorough Collection in New York City; and the William Whipple Museum at Southwest Minnesota State University. For Bottazzi’s current project in Paris, the artist installed an outdoor workshop at the base of the skyscraper located on the eastern edge of the La Defense district, where he works from sunrise to sunset each day on the polyptych project. The work, which will be displayed permanently and is composed of six canvases each measuring 6.4 x 6.4 meters (approximately 21 x 21 feet), was commissioned by insurance giant Sogecap (which owns the D2 Tower) and financed in part by real estate/development firms Bouygues Immobilier, Sogeprom and Epadesa.

If you’re in Paris and would like to see art in the making by a world-renowned painter, catch the Metro line 1 and take it to the Esplanade de la Defense station. The D2 Tower is a short walk toward the northwest from the Metro station. 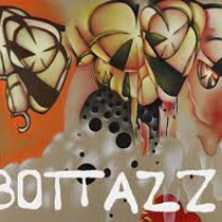 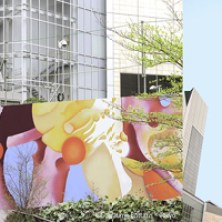 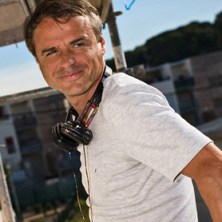 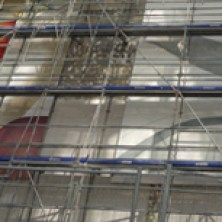 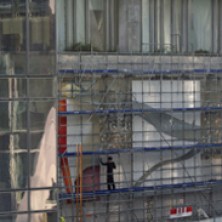 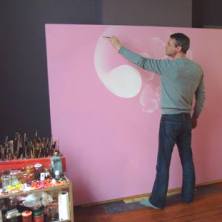