If you’re a chocoholic and are in the City of Light this weekend, you’re in for a real treat. The 20th annual Salon du Chocolate—the world’s largest event focusing specifically on chocolate and cocoa—is being held October 29 through November 2 at the Parc des Expositions de Paris-Porte de Versailles.

Started in 1994 by two entrepreneurs with a passion for chocolate, the Salon du Chocolat helps promote knowledge of and expertise in chocolate, from growing cocoa beans to producing chocolate drinks, candies and pastries and every step in between. The event became such a resounding success in the City of Light that it rapidly spread to several other nations (including Italy, Switzerland, Belgium, the U.K., USA, Japan, Russia, China, Egypt, Germany, Peru, South Korea and Brazil) and to date has drawn more than 6 million visitors worldwide. The Parisian Salon du Chocolat will feature more than 500 participants, including 200 chefs and pastry chefs from all over the world (with a focus on French chocolatiers) and more than 200 international exhibitors. The event includes a 20,000-square-meter exhibition space on two floors of the expo center’s Pavilion no. 5. The ground floor will offer what organizers are calling a “Universal Heritage” celebration of chocolate, with culinary workshops, artistic performances and exhibits from chocolate-producing nations paying tribute to the global impact of chocolate production and consumption.The main floor will host exhibits and displays by major companies involved in producing chocolate, including the unveiling of new products. The main floor also will be the site of the salon’s major events—live demonstrations by world-renowned chocolatiers and chefs and the hugely popular Chocolate Fashion Show.

Other specific events held throughout the five-day chocolate celebration will include: “Art Choc’olat,” featuring live demonstrations and the presentation of chocolate works by renowned contemporary artists, designers and chocolatiers; “Fashion,” a separate event from the live chocolate fashion show at which nearly 150 iconic chocolate dresses created over the past 20 years will be on display; a series of talks on major current themes related to chocolate and cocoa; workshops for children; lessons in gourmet indulgence provided by culinary school L’Atelier de Sens; cake design workshops and demonstrations; and recipe ideas provided by Nestle. Visitors are invited to stop by the Chocolate Bookshop, organized by Paris’s Librairie Gourmande, at which patrons can buy books about chocolate and pastry, meet authors and get their books signed. The bookshop will operate daily from 11 a.m. to 7 p.m. on the first floor.

Also on sale at the Salon du Chocolat is the “Coeurs Chocolat (Chocolate Hearts)” calendar featuring portraits of 24 chocolatiers and their creations, with all proceeds benefiting children’s heart-surgery charity Mecenat Chirurgie Cardiaque.

Three special competitions and awards presentations also will be held at the Salon du Chocolat:

Held throughout opening day on Oct. 29 will be the Relais Desserts Charles Proust Trophy competition during which several renowned chocolatiers and pastry chefs will engage in a chocolate dessert-making competition under the theme “Dali and His Works.” The competition is hosted by renowned chocolatier Jean-Paul Hevin and will be judged by a jury of French pastry chefs and culinary experts. Visitors will be able to watch these talented chefs in action and see the live presentation of the trophy to the winning team. At 4 p.m. on Oct. 31, the 2014 Chocolate Awards will be held to pay tribute to the some of the best chocolatiers and the most remarkable chocolate concoctions in the world (all award winners will be chosen in advance by Salon du Chocolat organizers).

The International Cocoa Awards (ICA), the world’s only event honoring the work of cocoa growers, will be during the Salon (the exact day and time isn’t indicated on the ICA website). Each cocoa entered into the competition is selected directly from farmers across the Southern hemisphere and is presented for judging at the Salon du Chocolat, as a prepared tasting chocolate. Among the countries represented will be Ivory Coast, Ghana, Madagascar, Togo, Malaysia, Vietnam, Costa Rica, Dominican Republic, Trinidad and Tobago, Bolivia, Peru and Venezuela. www.cocoaofexcellence.org. Tickets are 14 euros and good for all five days of the event and can be purchased at the exhibition center.

To buy tickets online (which can be printed at home or picked up at the event hall), go online to http://salonduchocolat.fnacspectacles.com/

Advance tickets are also available at the following businesses and retailers in Paris: Fnac, Carrefour, Geant, Magasins U, Auchan, Cora, Cultura, E.Leclerc, as well as through Fnac, France Billet and Ticketnet websites. 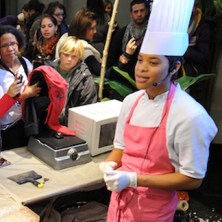 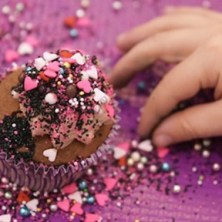 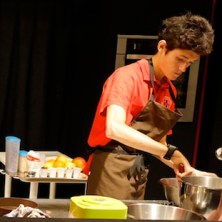 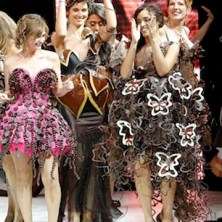 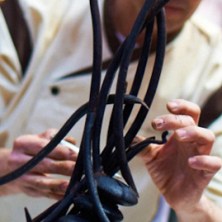 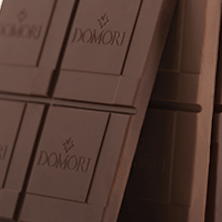