And possibly the very best place in the entire world to purchase the Material Girl’s newest CD is Lucky Records, a quirky, Madonna-centric shop in Paris’s Les Halles district (Given Madonna’s huge popularity among LGBT folks, it’s not surprising that Lucky Records is near several gay and lesbian shops, bars and restaurants.) Opened in 1991 by Madonna maniacs Christophe Coatanoan, Maurice Robert and Georges Vidal through a partnership with Spotlight Magazine, Lucky Records is Nirvana for fans of her Madgesty: Two-thirds of the pocket-sized shop is devoted to the Material Girl, with virtually every Madonna remix and international music release available for purchase, as well as posters, magazines, calendars, concert videos and even her films on disc.

The name of the offbeat shop is a reference to tendency for “lucky” collectors to score hard-to-find discs, DVDs and other music-industry collectibles here. And if there’s a Madonna collectible out there, you’ll likely find it at Lucky Records. The non-Madonna section of the store features other gay-favorites (mostly divas), including Lady Gaga, Kylie Minogue, Pet Shop Boys, Bananarama, Celine Dion and t.a.t.U. But make no mistake: The owners state clearly, “Madonna is still the most important artist in our shop.”

If you’re a Madonna fan, Lucky Records is a must-stop destination while visiting the City of Light. And even if you aren’t particularly enamored of the pop star, this quirky boutique is worth a quick visit just to take in the unconventional boutique’s over-the-top devotion to the Queen of Reinvention.

Lucky Records is located at 66 Rue de la Verrerie between the Pompidou Center and Paris’s City Hall (Metro: Hotel de Ville). The shop is open Tuesday-Saturday from noon to 7:30 p.m., and is closed Sunday and Monday. 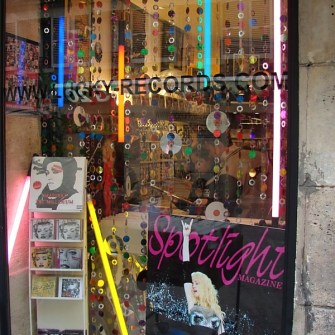 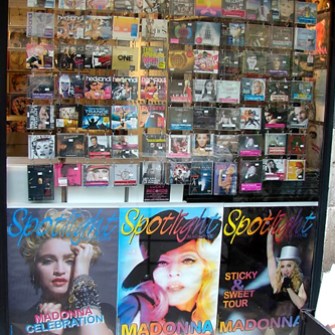 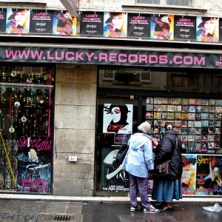 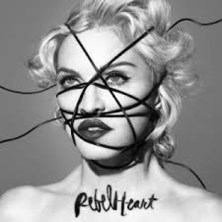 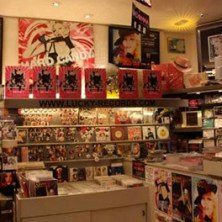