The city of Paris will celebrate Gay Pride month with a massive parade on Saturday that will wind its way for two hours from the Left Bank to the Place de la Republique and will culminate with a massive free concert that will be broadcast live on Radio Nova.

Paris Pride is like no other LGBT gathering in Europe, drawing hundreds of thousands of people (estimates of the annual crowd range from 600,000 to 1 million) for a weekend of nonstop, raucous celebrating with their peers, friends, families and allies. And it doesn’t hurt that former Paris Mayor Bertrand Delanoe, who served from 2001-2014, is openly gay and throws himself into the Pride festivities with unparalleled excitement!

Called Marche des Fiertes LGBT (LGBT Pride March), the parade is usually reflective and political in its mission and its annual theme to pay tribute the ongoing fight for LGBT equality in France, where same-sex marriage only became legal in mid-2013. The 2012 parade carried the theme “L’Egalite n’Attend Plus! (Equality Won’t Wait!),” while 2013’s gathering was dubbed “Droits des LGBT: Allons Au Bout de L’Egalite (Gay Rights: All the Way to Equality).” This year’s theme is “Multiples et Indivisibles (Multiple and Indivisible).” The annual event is sponsored by the Interassociative Lesbienne, Gaie, Bi et Trans and organized by the LGBT organization Sofiged, which was founded in 1996 to also coordinate Europe’s yearly Europride events. Every major LGBT organization and business in France’s Ile de France region—as well as human- and civil-rights groups and AIDS organizations—registers a float or a walking contingent for the march. This year, a total of 65 contingents will be participating in the parade, including religious, health, political, social and athletic organizations. Also included in the march will be two American groups—LGBT Americans & Friends and representatives from the U.S. Embassy.

But make no mistake: Paris Pride is far from somber and serious. The street-party atmosphere along the parade route and throughout the Marais gay district is one of pure joy and celebration. Most Marais gay cafes, bars and restaurants hold Pride-themed parties and dining specials throughout the week leading up the parade, building to a near frenzy on the weekend of the march. (Just a slight warning to visitors to the City of Light this weekend: Expect noisy–but very safe–crowds late into the night in many spots in the city, but particularly throughout the Marais and Les Halles neighborhoods.) 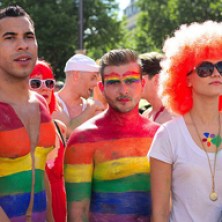 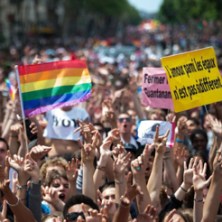 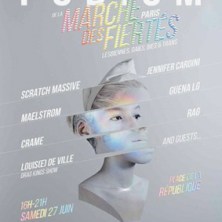 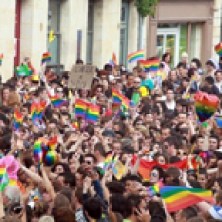 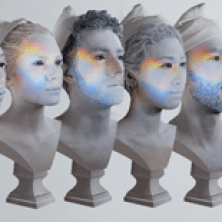 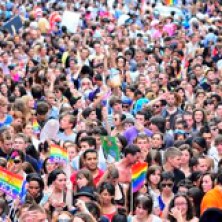