There are many beautiful parks, squares and “places” throughout Paris, each with its own special charm.

The frenetic Place de la Concorde, for example, is opulent and stately, with killer views of the Arc de Triomphe, the Madeleine, the Tuileries gardens and more. The Square Louvois just a few blocks away is the polar opposite–a hushed green space centered on a gorgeous fountain that draws primarily area families with toddlers. And there’s everything in between.

But ask a Parisian–or even a visitor to the City of Light–to name Paris’s most beautiful square, and the answer is routinely the Place des Vosges. Place des Vosges, located in the Marais neighborhood in the city’s 4th Arrondissement (Metro: Saint-Paul/Bastille), is more than 400 years hold, having been commissioned by King Henri IV in 1605 and completed in 1612. The buildings surrounding the square are perfectly uniform–36 identical structures on each of its four sides. Two of the structures were built as royal palaces–one for the king, and on the other side of the square directly opposite the king’s apartments a separate residence for the queen. The interior of the square includes a symmetrical garden with four ornate fountains in each quadrants, anchored by a bronze equestrian statue of King Louis XIII in the Center.

The Place des Vosges has been the site of many historical events over the centuries, including a three-day tournament and festival marking the marriage of Louis XIII to Anne of Austria. Interestingly, King Louis is widely considered to have been gay, even garnering the nickname Louis the Chaste as he had no female mistresses during his reign. He was even so uncomfortable around women that he refused to have sex with his wife, Anne of Austria, until four years after their wedding.

Among the famous Parisians to have lived on the square are Cardinal Richelieu, Moliere, Victor Hugo (for whom there is a museum at 6 Place de Vosges) and aristocrat and writer Madame Sevigny. The Maison de Victor Hugo museum is free and open 10 a.m.-6 p.m. Tuesday-Sunday. 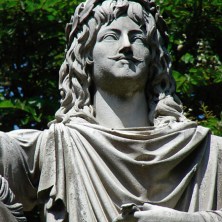 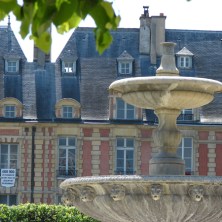 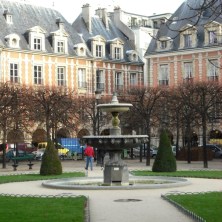 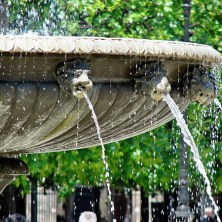 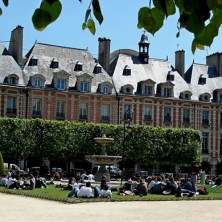 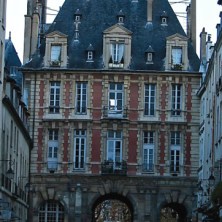 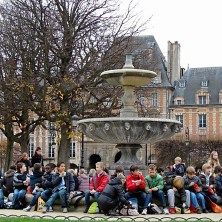 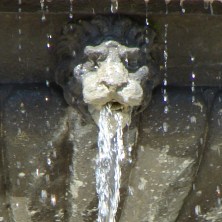 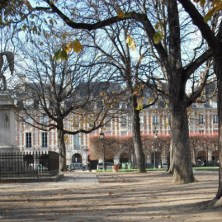 One thought on “Place des Vosges: Paris’s Most Beautiful Square”