Today is Armistice Day in France, an annual celebration marking the end of World War I.

Visitors to the City of Light who enjoyed the annual Armistice Day parade and the ceremonial placement of a wreath at the tomb of the unknown soldier under the Arc de Triomphe might also wish to take a moment to solemnize the second World War, in particularl the millions of Jews who were murdered by Nazi Germany (including about 77,000 French Jews).

What better place to honor them than with a visit to a serene city park dedicated to perhaps the most well-known of all the victims of the Holocaust—Anne Frank? The charming but difficult-to-locate Jardin Anne Frank memorializes the teenaged girl known worldwide for the diary she kept while she, her family and friends hid from the Nazis in Amsterdam during World War II. But the quiet green space in Paris also more broadly memorializes all those whose lives were ended by the Nazis and even in the grandest sense all people who’ve needlessly lost their lives to war. The park is divided into four tranquil and carefully landscaped sections: a small, contemporary entryway that includes posted information about Anne Frank and about the park itself; an oval-shaped space with a curved arch of metal latticework and a gorgeous view of the back of the ornate 17th-century mansion housing the Musee d’Art et d’Histoire du Judaism (Jewish art and history museum); a children’s park and large green space suitable for picnics (many local brown-baggers come here daily for lunch); and a small, formal garden with rose bushes and other flowering plants. The sapling taken from the horse chestnut tree in Amsterdam that Frank wrote about in her diary.

Most impressively for history buffs and fans of Anne’s diary, the park’s entrance includes a sapling taken from the actual horse chestnut tree Frank gazed upon—and often wrote about—while in hiding in Amsterdam’s Prinsengracht district. Frank wrote, “Nearly every morning I go to the attic to blow the stuffy air out of my lungs. From my favorite spot on the floor I look up at the blue sky and the bare chestnut tree on whose branches little raindrops shine, appearing like silver, and at the seagulls and other birds as they glide on the wind. …While this lasts I cannot be unhappy.”

The tree is marked by a plaque containing an excerpt from Anne’s diary in which she describes the chestnut tree in full bloom during 1944, just weeks before her family was discovered, arrested and sent to Nazi death camps.

(On a sad note, the 150-year-old chestnut tree in Amsterdam had suffered from fungus and moth infestations over the years, and was nearly cut down in 2007. A citizen-led effort to save the tree ended when a severe storm on Aug. 23, 2010, blew the tree down, severing it about a meter above the ground. ) Of the eight members of the Frank family and their friends seized by the Nazis in August 1944, only Anne’s father, Otto, survived. Anne and her sister Margot died of typhus in March 1945 at the Bergen-Belsen concentration camp in northwestern Germany. Sadly, the death camp was liberated by British soldiers just one month later.

The Parisian park dedicated to Anne’s memory was opened in 2007, christened by former Paris Mayor Bertrand Delanoe. “Paris is a beautiful city. But you can only be a beautiful city if you pay attention to the barbaric acts which took place,” Delanoe, who is openly gay, said at the park’s official opening ceremony. ardin Anne Frank is open daily from 9 a.m. to 8 p.m. But the trick is finding the place.

Start at the northeast corner of Rue Rambuteau and Rue Beaubourg. Walk north about 20 yards. To the right will be a short street heading east that looks as though it ends at a tiny cafe, but actually will jug handle to the north at the steps of the eatery. Follow this street, called the Impasse Berthaud, to the park. 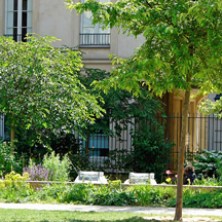 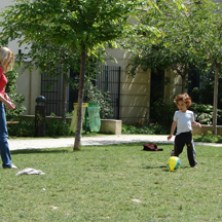 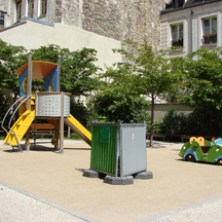 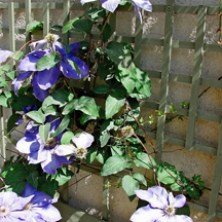 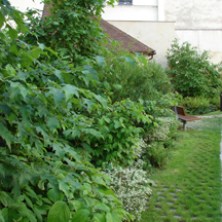 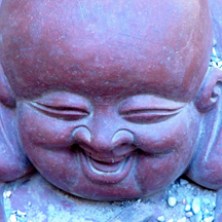 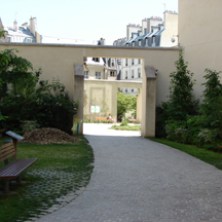 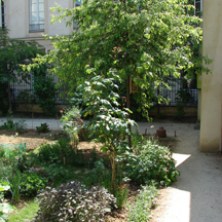 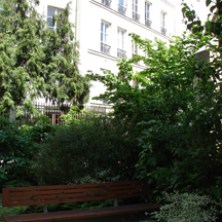