Paris is the global leader in the number and quality of museums that are open to the public (many for free). There are almost 250 musees and galeries in the City of Light, including some of the best-known museums in the world: the Louvre, the Musee d’Orsay, the L’Orangerie and the modern art museum at the Pompidou Center, to name just a few. Any of these unconventional museums make for enormously interesting visits. But one of my favorite off-beat institutions provokes an interesting array of emotions among attendees, from puzzlement to absolute delight—the Musee de la Poupee, a museum devoted entirely to dolls.

As one might expect, there are scores of dolls (more than 600) on display in this tiny museum. But the Musee de la Poupee, established in 1994 and recently extensively renovated, is about so much more than just showing off the unique private assemblages of collectors Guido and Samy Odin, who also own and operate the museum. Instead, the doll museum is a serious, even academic archive, providing a historical look at the role of dolls as toys for children in middle-class families during the past 200 years, reflecting the skills of the doll makers, the materials commonly used to create the toys and the cultural norms at the time of each doll’s popularity.

The doll exhibits are arranged chronologically, and are shown with scale-model furniture, accessories and other toys from the appropriate time periods in four successive rooms: Room 1 covers the period from 1800 to 1870, and includes dolls that were made of wood, wax, papier-mache, china, pasteboard, rubber and more. Among the dolls displayed are those designed as religious objects, mannequins, fashion accessories, decorative objects and tourist souvenirs;

Room 2 focuses on the “golden age” of the “bisque-head bebe” style of dolls, which lasted from approximately 1870 to 1919. Dolls of this era typically represented an idealized vision of the Victorian age and were more realistic-looking than earlier dolls. Among the artists to have created collectible dolls from this period are Albert Marque, Jean Ray, Hansi, Arthur Lewin-Funcke, Rose O’Neill and Grace Drayton; Room 3 showcases dolls produced between World War I and the beginning of World War II, a period during which dolls made of stuffed fabric began to appear. “Bathing dolls,” made of cellulose acetate that could be safely submerged in water, also were introduced during this period, while “tourist” dolls bought as souvenirs by international travelers became enormously popular;

Room 4 represents the period from the start of World War II, when doll-making worldwide nearly completely halted, through the Baby Boom of the late 1940s and 1950s. Typical dolls of this era include more realistic “bathing dolls,” dolls in the proportion of newborn babies and figurines with easily movable joints. The first plastic dolls also were introduced during this period. Other rooms of the museum include a doll “clinic” at which the Odin’s help repair and restore older, damaged collectible toys, a boutique and a small meeting room in which lectures, doll-making classes and birthday parties for lucky Parisian girls are commonly held.

On display through this Saturday, Sept. 13, is “Barbie, Retro Chic,” which examines the fashion styles for the line of Barbie dolls produced during the 1960s.

The next temporary exhibit will be “Miniscules, L’Universe Ludique des Poupees de Poche (The Tiny Playful Universe of Pocket Dolls),” focusing on miniature-sized toys. It will be simultaneously staged from Sept. 23 through Jan. 25, 2015, with “Boules a Neige,” a display of snow globes. Previous temporary exhibits have highlighted fashion dolls popular during the reign of France’s Napoleon III, ethnic dolls from around the world, European folk dolls and “50 Years of Ken,” which spotlighted the Barbie doll’s long-time boyfriend, Ken.

If you’re a doll collector—or even want to fondly remember the toys of your youth—the Musee de la Poupee is a must-stop destination while in Paris. And even if dolls are not your “thing,” the museum is quirky enough to fascinate even doll non-lovers. (A friend of mine who couldn’t possibly care less about dolls called the facility “adorkable!”)

And it’s just a stone’s throw from a major tourist destination—the Pompidou Center.

The Musee de la Poupee is located on Impasse Berthaud (Metro: Rambuteau), a short, dead-end street parallel to and one block east of Rue Beaubourg. (The Impasse also provides access to the somber but gorgeous Jardin Anne Frank.) The museum is open Tuesday-Saturday from 1-6 p.m. Admission is 8 euros for adults, 6 euros for seniors and students, and 4 euros for children under age 11. 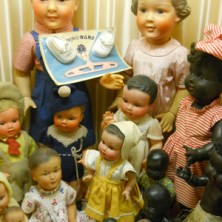 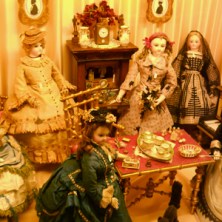 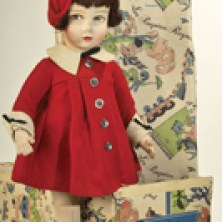 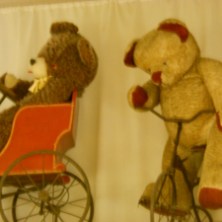 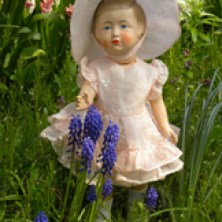 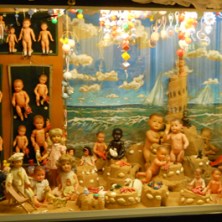