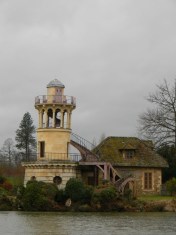 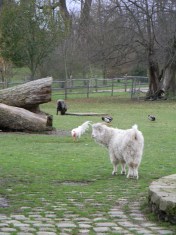 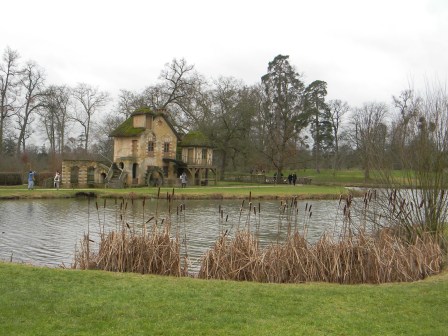 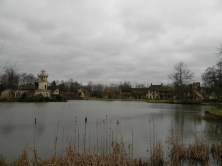 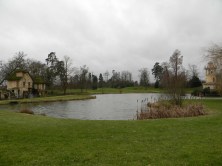 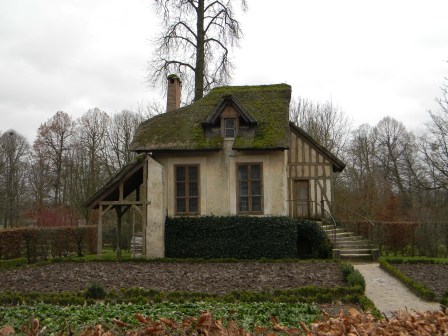 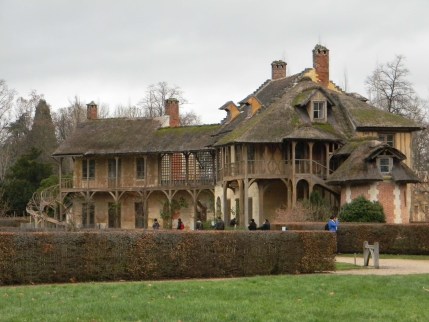 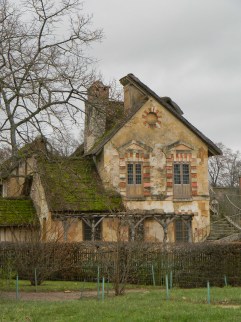 One of the most interesting parts of the sprawling Versailles compound outside of Paris is the Hameau de la Reine (The Queen’s Hamlet), a fake rural farming town built solely so Marie Antoinette could escape the “pressures” of being queen of France and pretend to be a simple milkmaid. Seriously.

The town (which actually does function as a farming community) includes a farmhouse, dairy, dovecote/pigeon coup, mill, tower and the “queen’s house and billiard room,” set in the very center of the village. And let’s just say the interior of the residence were more suited to royalty than a simple farming family (harpsichord, Swiss tapestries, pottery made specifically to the queen’s specifications, commissioned paintings, etc.). Even the queen’s farming chores were modified to suit her royal stature; the sheep and cows she milked, for example, were meticulously cleaned and perfumed by servants before Marie Antoinette would touch them.

Ironically, the queen’s playing at being a peasant girl played a role in the uprising leading to the French Revolution (and the guillotining of her head!) by unintentionally mocking the poor.

If you visit Versailles and want to avoid a multi-mile trek to and from the chateau to the queen’s hamlet, be sure to buy tickets to the tram that shuttles between the two located at the back of the castle (head to your right as you leave the chateau and head into the gardens outside).