Simply put, there is no city in the world that offers better shopping than Paris.

From charming little boutiques to immaculate florist shops to the most well-stocked pharmacies to the grandest department stores, Paris is nirvana for those whose motto is “I came, I saw, I did a little shopping.”

But many Parisians prefer the fourth of the city’s four department chains—BHV, short for Bazar de l’Hotel de Ville, located in the Marais district just across the street from Paris’s City Hall (Hotel de Ville). Actually, Marais was officially added to the department store’s name during 2012 renovations and rebranding, and the flagship facility and several surrounding smaller boutiques are now known as BHV Marais.

A quick bit of history about this venerable department store: BHV was founded in 1852 by Xavier Ruel and his wife, who sold small items via street vendors along the Rue de Rivoli near Paris’s Hotel de Ville. Recognizing the potential of having a business located so close to city government offices, Ruel rented the first floor of a building at 52 Rue de Rivoli and named the new boutique the Bazar Parisien.

Ruel reportedly saved the life of Empress Eugenie, the wife of Napoleon III, when her horses got spooked in front of his boutique. The reward money for rescuing the Empress allowed him to expand his business in 1855, which he named Bazar Napoleon the following year. A decade later saw Ruel expand the store to three floors of the building, and eventually to the entire structure in 1870. After the Second Empire ended with Napoleon III’s defeat in the Franco-Prussian War, Ruel renamed the department store Le Bazar de l’Hotel de Ville, which it’s remained ever since.

Anyway, back to the point at hand: So, why do many Parisians tend favor BHV Marais over its most famous cousins? (Interestingly enough, the store has been owned by the same conglomerate that operates Galeries Lafayette since 1991, making the two separate chains more like sisters than cousins.)

First, and probably most importantly, BHV Marais has always been open on Sundays. Yes, yes, Le Bon Marche, Printemps and Galeries Lafayette all now offer Sunday hours. But that wasn’t always the case. For a very long time, Sunday shopping in the City of Light was restricted to the Marais district of the Right Bank, whose history as a Jewish settlement meant that Saturday—not Sunday—was the Sabbath. While the rest of Paris was shut down on Sunday, the Catholic Sabbath, the Marais—and BHV—were bustling. Old habits die hard, as they say, as is apparently the case with Parisians and their love of visiting BHV on Sundays. Second, the prices at BHV—while certainly not low, by any means—are usually not as shocking as those seen at other department stores, especially at the pricey Galeries Lafayette. At least that’s what our Parisian friends tell us.

And third, BHV Marais offers an entire floor—the basement level—dedicated to bricolage, or do it yourself. Here’s where you can find plumbing and electrical supplies, garden tools, hardware, building materials and more. It’s like a mini-Home Depot, minus the lumber, smack in the heart of Gay Par-ee. And the place is mobbed, particularly on weekends when the do-it-yourselfers are out in full force. Don’t get us wrong, Parisians visiting BHV Marais are equally comfortable looking for high-end fashion as they are in searching for new faucets for their kitchen sinks. In fact, the official slogan of BHV is “Style Comme Style de Vie (Style as Lifestyle).” The high-end clothing and accessories business at BHV actually has been such a boon to the company that in 2007 and 2008 a number of smaller boutiques were opened at locations around the main BHV flagship store, including: And, of course, there’s the massive BHV Homme (men’s store), located across the street from the flagship department store, on the corner of Rue du Temple and Rue de la Verrerie. The official address of the men’s store is 36 Rue de la Verrerie, but entrances are available at multiple points on both streets.

If you work up a hunger with all that shopping, there are several on-site options, including an outlet of the world-renowned La Patisserie de Reves bakery, helmed by famous pastry chef Philippe Conticini, on the third floor of the flagship building. Other eateries include the Cour Bleue, Yummy & Guiltfree and Maison Francart counters on the trendy terrace outside of BHV Homme (entrance off of the Rue du Temple); L’Eclair de Genie, also on the third floor of the main building; Paris Tokyo and La Kantine restaurants on the sixth floor of the main store; and even a Starbucks if you’re craved for caffeine. (But, please, visit a nearby Parisian café instead. You can get your Starbucks fix to your heart’s content back home.) If you’re limiting your visit to the main building, the following floor map will help guide you to the perfect Parisian products to bring back home:

A quick tip that applies to every multilevel building in Paris, and throughout France, actually, that will help you better navigate the BHV guide above: Floor numbers are not identical to the way they are numbered in the U.S. For example, Americans consider the ground floor level one, and the level directly above to be level two. Not in France. The ground level is the rez de chaussee, often labeled floor 0; the level directly above it will be floor number 1, and so on. Therefore, our third floor is their second; our fourth is their third, etc And while BHV Marais regularly offers special discounts and promotions, the department store always participates in France’s biannual les soldes—the state-regulated sales held throughout the country each summer and each winter, shortly after Christmas. Nearly everything is marked down, particularly end-of-season fashion items and designer clothing, which can sometimes be had for up to 75 percent off! 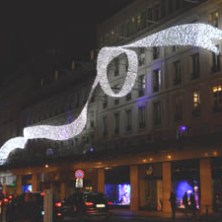