Have you ever wanted to join the cast of Friends at their favorite neighborhood haunt, quirky Central Perk? If you’re in Paris and in the Les Halles district, you’re able to do the next best thing—settle in for a cocktail, coffee or snack at L’Imprevu Cafe, an eclectic, laid-back venue that certainly delivers on its name, which translates to “unpredictable.”

Owned and operated by Americans Martin and Buck, L’Imprevu, located on the quintessentially Parisian street Rue Quincampoix, offers a surprise around every corner, from mismatched furniture (including a pair of bejeweled thrones) to a wall-sized earth-tone mural to a throng of plants cocooning one of the seating areas. Cocktails are grouped in such fun categories as “Cherubins (non-alcohol drinks),” “Les Petits Mickey (Little Mickey),” “Les Players,” “Les Machos” and “Les Vrais, Les Durs) The Real, the Hard.” All are priced from 8.90 euros (for the Mickeys) to 10.90 euros (the Real/Hard). For just 7 euros you can get one of the five non-alcoholic “Cherubins,” including one of the bar’s most popular drinks, the “Scunky”—a mix of passionfruit nectar, lime juice, lemonade and raspberry syrup.

There’s also a very large selection of hot teas, one of the venue’s calling cards among the many local Parisians who’ve made L’Imprevu a regular hangout. Try the Oolong Fleur d’Oranger (orange blossom); the Lune Bleue (Blue Moon), a black tea with citrus, blueberries and calendula; or the Sencha Gingembre Citron, a green sencha tea with lemongrass, ginger and lemon. Better yet, try the Rooibos de L’Imprevu Cafe, a special drink crafted by the venue’s staff, that prepares a rooibos tea with a slow infusion of agave syrup and such flavors as vanilla or a combination of cardamom, ginger, cinnamon, anise and clove. Delicious! Of course, L’Imprevu also offers a full range of French wine, as well as several hot drinks, fresh fruit juices, iced teas (a rarity in Paris), and several European beers on tap and in bottles.

The crowd is 50/50 male/female, most in their 20s and 30s. Despite L’Imprevu’s hipster ambiance, its staff and clientele are friendly, chatty and pleasantly attitude-free. And while many consider L’Imprevu to be a gay bar, you’re just as likely to find straight neighborhood regulars as members of the city’s LGBT community.

L’Imprevu Cafe is located at 9 Rue Quincampoix and is open Tuesday-Sunday from 3 p.m. to 2 a.m. (closed Mondays). Metro: Chatelet. 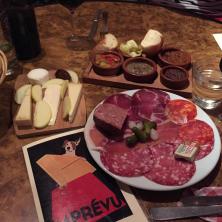 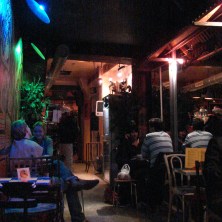 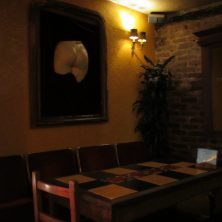 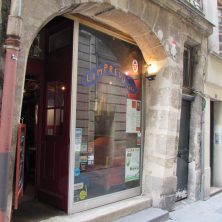 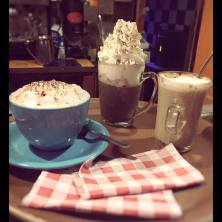 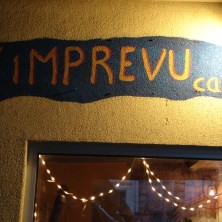