An unusual thing that I love about Paris is its iconic green, blue and white street signs. At the top of each is the district (called Arrondissement, and there are 20 of them in Paris) in which the street is located. Then comes the street name.

And for my favorite part, the bottom of the sign contains information about the person for whom the street is named (if so named). For example, the signage for Rue Descartes notes that Rene Descartes was a philosopher, mathematician and doctor who lived from 1596-1650. The signage for Place Josephine Baker notes that it is named after the famous music hall artist, member of the Free French Forces (the French resistance during WWII) and philanthropist who lived from 1906-1975. Shown here is Avenue Victor Hugo, and identified on the sign as “writer, poet and political man.” (He’s also the author of Les Miserables and The Hunchback of Notre Dame, among other novels.) 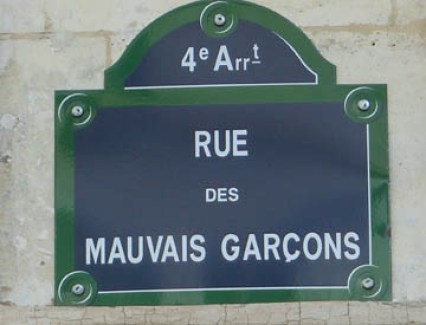 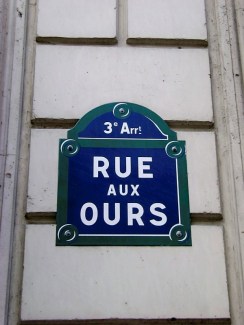 My favorites — Rue aux Ours (Street to the Bears) and Rue des Mauvais Garcons (Bad Boys Street). Oh my!