One of the most enjoyable experiences in Paris is to wander along a medieval, cobblestone lane lined with ancient stone buildings and massive arched doorways that is so narrow that is seems barely able to accommodate a Smart Car, much less any other modern mode of transportation.

Yes, you can certainly meander the City of Light’s many streets—particularly those in the twisty, turny Marais—to find your own favorite byways to stroll. Actually, one of the most popular tourist experiences is “getting lost” in Paris’s charming neighborhoods and stumbling across that perfect Parisian street on your own.

But there’s a quaint, ancient lane that’s literally within stone’s throw of a major tourist destination that somehow escapes most visitors’ attentions—and yet delivers wholly on that medieval Parisian experience: the tiny Rue Quincampoix just west of the Pompidou Center. Rue Quincampoix is a petite (less than 10 meters wide in many spots) four block-long street that runs north-south beginning at the bustling Rue des Lombards and heading about 450 meters north to the Rue aux Ours. And the quirky bywayis not only stunning for its centuries-old architecture, but it also makes a fun visit for its unique cafes, boutiques and numerous art galleries (more on those later).

The street itself dates back at least a millennium and was referred to by a version of its current name as far back as the year 1210, when it was dubbed Rue Quinquenpoit after Lord Quinquenpoit, a rich noble who is said to have built the first house on the thoroughfare. (Other spelling variations of the ancient street and the first home-builder are Quinquenpoix, Quiquenpot, Cinquampoit and Quiquenpoit.) Almost half of the buildings on the four-block long street have since been designated as historical monuments, the earliest—no. 38—receiving the designation in 1968, with the most recent—nos. 2-4—being so named in 1984.

The easiest access to Rue Quincampoix for tourists is at its mid-point across the Place Edmond Michelet, a small one-square-block courtyard adjacent to the Pompidou Center that is a semi-popular tourist draw only because it hosts a free city-run, self-cleaning toilet that almost always has a line outside. But the entire street is well worth strolling from end to end.

In addition to the charming medieval architecture on the street, there are several businesses and galleries worth checking out: Imprevu Café, 9 Rue Quincampoix. This is Paris’s version of Central Perk from TV’s Friends—an eclectic, laid-back venue that certainly delivers on its name, which translates to “unpredictable.” Even the drink menu is offbeat, offering 31 cocktails, fruit smoothies and milkshakes, as well as the city’s only selection of nonalcoholic slushees. Hours: Daily, 3 p.m.-2 a.m.

Le Jamoncito, 13 Rue Quincampoix. Some of Paris’s best Spanish tapas can be found at this wonderful restaurant that’s open only for dinner. Hours: Monday-Saturday, 6 p.m.-midnight.

Bistro Beaubourg, 25 Rue Quincampoix. Standard bistro fare is on the menu at this very touristy eatery within eyeshot of the Pompidou Center (and you know it’s a tourist destination due to its English-language signage and menus). Still, the food is decent and affordable, with a meal coming in at 15 euros or less. Hours: daily, noon-1 a.m. Dans le Noir? restaurant, 51 Rue Quincampoix. This outlet of the international chain of restaurants employs visually impaired employees who prepare and serve food to patrons in total darkness. “The blind become our eyes to guide us into an intriguing new way of experiencing dining,” according to the company’s website. Hours: Monday-Saturday, seatings at 8 p.m. and 9:45 p.m.; Sunday, seatings at noon and 8 p.m.

Phylea, 61 Rue Quincampoix. While this boutique opened in 1989 designates itself a fetish shop, the truth is that it is wildly popular among drag queens and female impersonators as well as fetishists. The name of the shop comes from Phylae, the Egyptian goddess of love. And its over-the-top garments and accessories—including a wedding dress that combines taffeta with medieval armor, a glitter-laden sky-high crown of thorns, a peek-a-boo dress made out of white vinyl and so much more—are seemingly straight out of Priscilla: Queen of the Desert or Lady Gaga’s latest tour. Hours: Monday-Saturday, 10:30 a.m.-8 p.m.

Galerie Dohyang Lee, 74-75 Rue Quincampoix. Rotating exhibitions are on display at this trendy gallery. Hours: Tuesday-Saturday, 11 a.m.-1 p.m. and 2-7 p.m. or by appointment.

AntiCafe Beaubourg, 79 Rue Quincampoix. This fun café (which bills itself as the polar opposite of nearby Café Beaubourg this is wildly overpriced and ridiculously hipsteresque) is unique in that coffee, tea, snacks and fruit are all free, as is Wi-Fi and access to a printer and scanner. You only pay a flat hourly rate for the time you spend in the café. You’re even welcome to bring your own drinks and food. Hours: Monday-Friday, 9 a.m.-10 p.m.; Saturday-Sunday, 10 a.m.- 9 p.m. L’Enigme, 100 Rue Quincampoix. Owned by gay couple Bernard (who does the cooking) and Giles (who serves as bartender and waiter), L’Enigme is a perfect spot for a quick, simple meal or perhaps a cocktail or two for those seeking a quiet, unpretentious haunt. The tiny venue seats about two dozen and fills up shortly after opening, mostly with loyal neighborhood patrons—gay and straights of all ages. Hours: Tuesday-Sunday, 5 p.m.-2 a.m. 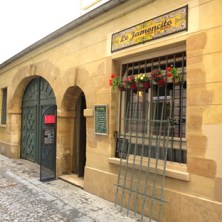 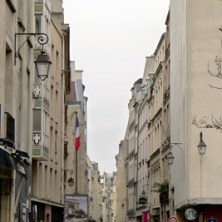 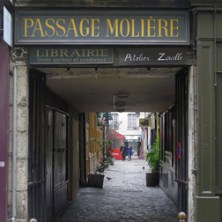