Home » Beauty of Paris » Off the Beaten Path: The Historic Square du Temple On the northernmost edge of the Marais is a fantastic public park that is quite literally an oasis in the midst of urban Paris—the Square du Temple.

Because the Square is a considerable distance from any major tourist site, the garden and park is used almost exclusively by locals, particularly families living nearby. Morning and early afternoons draw many affluent young mothers (or their hired nannies) and their children, which lunchtime and evenings are popular with Parisians of all ages seeking quiet respite in a gorgeous green space. The park also provides a splendid view of the ornate Mairie du 3rd Arrondissement, the municipal offices for that district of the city. It’s well worth visiting, and is a short walk from the Musee des Arts et Metiers or from the Place de la Republique.

The Square du Temple is about 7,700 square meters in size, filling a large city block that’s bordered by the Rue Perree to the north, the Rue Eugene Spuller to the east, the Rue de Bretagne to the south and the Rue du Temple to the west. Designed in the English garden style, the Square was created in 1857 during Baron Haussmann’s massive renovations of the city. It is located on the former site of a fortified monastery of the Knights of the Order of the Temple (Knights Templar), a militant wing of the Catholic Church that existed for about two centuries during the Middle Ages. After the French monarchy seized the Templar’s property in 1307 and the order was disbanded by the Pope, the fortified structure became a state prison—the infamous Tower of the Temple. Ironically, during the French Revolution, the prison served as the final “residence” of King Louis XVI, who was beheaded, and his son, the Dauphin Louis XVII, who died in captivity. In 1809, Napoleon ordered the destruction of the prison’s dungeons; the remainder of the fortification was torn down several years later.

Today, the Square du Temple is a welcoming public garden and park that includes an ornamental pool and waterfall (built from rocks collected from the forest of Fontainebleau, a children’s playground, fountains, a bandstand dating from 1900, large green expanses, several walking paths, 191 varieties of plants and more than 70 trees, including a number of exotic specimens such as American honey locust, golden rain, ginkgo biloba, Turkish hazel and a 17-meter tall Japanese pagoda tree. In 2007, the square was named an official “green space” by ECOCERT, a French ecological organization.

The square also hosts two statues: One representing the singer and song writer Pierre-Jean de Beranger (1780-1857), who lived nearby; and a bronze bust of B. Wilhem, a 19th century composer, teacher and philanthropist who worked almost exclusively with chorale music, placed atop a stone pedestal honoring musician Eugene Delaporte, who continued Wilhem’s work in the mid- to late 1800s.

Another interesting feature in the Square is plaque that lists the names of 85 Jewish children aged 2 months to 6 years living in the 3rd Arrondissement during World War II who were deported to Nazi death camps between 1942 and 1944. The plaque was unveiled in 2007. Plaque honoring the 85 Jewish children (ages 2 months to 6 years) living in the 3rd Arrondissement who were sent to Nazi death camps during World War II.

The Square du Temple is free and open daily, with summer hours from 9 a.m. to 9:30 p.m. each day (the park closes earlier in the autumn and winter). The nearest Metro station is Temple. There are five access points to the square, two near the Mairie du 3e Arrondissement, and one each alone Rue Perree, Rue de Bretagne and Rue du Temple.

And, like many public spaces throughout Paris, the Square du Temple has free Wi-Fi. 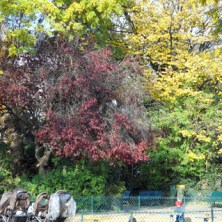 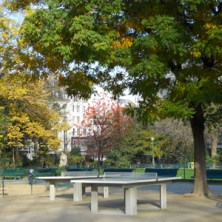 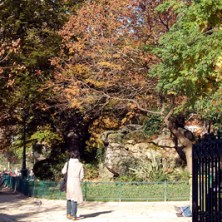 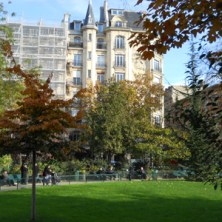 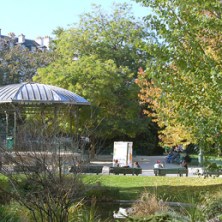 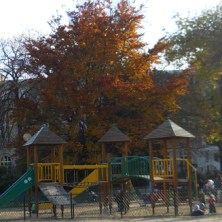