There’s a paradox that is very specific to the City of Light:

One of Paris’s buildings that is among those most photographed by sight-seers is also one of the city’s facilities that is least visited by tourists. Any guesses what it might be?

If you’ve been to Paris, chances are you’ve had a glimpse (and taken multiple photos) from Les Invalides, the Orsay Museum, the Champs Elysees or especially from the ornate Pont Alexandre III.

It’s the gorgeous glass, steel and stone Le Grand Palais, located just off the Seine River on the Right Bank (and just a block from the Champs Elysees). And despite hosting more than 40 events each year, including art exhibitions, conferences, fashion shows and even winter holiday festivities, tourists rarely venture inside. The huge exhibition hall and museum would appear to be hundreds of years old, but Le Grand Palais was actually built only about 114 years ago for the Universal Exposition of 1900. Construction began in 1897, the same year as did work on the Petit Palais museum directly across the street and the aforementioned Pont Alexandre III, all three of which were erected specifically for the world’s fair.

The exterior of Le Grand Palais was designed to mimic the appearance of a royal palace (hence its name, which translates to The Big Palace) and follows the Beaux-Arts form of architecture as taught at the time by Paris’s Ecole des Beaux-Arts. An ornate Classical stone façade supports a barrel-vaulted roof of iron and glass, all of which was reported inspired by London’s glass-ceilinged Crystal Palace. (The see-through roof was necessary to allow natural light in to illuminate the world’s fair exhibits; electric lighting was not widely used in Paris at the time.) Adorning the building’s façade and framing its entry-and-exit portals are a number of statue “groups” by such renowned sculptors as Paul Gasq, Camille Lefevre, Alfred Boucher, Alphonse-Amedee Cordonnier and Raoul Verlet. Monumental bronze statuary by artist Georges Recipon featuring horse-drawn chariots top each wing of the main façade; the piece nearest the Champs Elysees represents immortality’s triumph over time, the piece near the Seine River represents harmony’s victory over discord.

Following the world’s fair, Le Grand Palais served primarily as an exhibition space for art shows, including the first major Henri Matisse retrospective after his death in 1954. It also was home to an annual horse competition held from 1901 to 1957. During World War I, the facility was used as a military hospital, while the Nazis occupying Paris during World War II used it first as a truck depot and then as the site of propaganda exhibitions. The French Resistance occupied Le Grand Palais during the liberation of Paris and used it as their headquarters, even mounting an artillery attack on German tanks from the structure, which saw return fire severely damage the building.

The damage incurred during World War II exacerbated structural problems that had been worsening over the previous four decades, and eventually the city halted all public art exhibitions due to deteriorating conditions. When a pane of glass fell from the ceiling in 1993, the entire facility was closed and extensive renovations were begun. It took nearly 15 years, but Le Grand Palais reopened to the public in 2007.

Since then, the facility has seen extensive—and widely varied—use, including hosting many of the seasonal fashion shows for the couture house Chanel, serving as the location for the 2010 World Fencing Championships, hosting a small, permanent science museum (called the Palais de la Decouverte), hosting temporary art exhibitions, and operating a public ice-skating rink each Christmas season.

Sadly, virtually none of the guests are tourists, who seem content to merely snap photos of its exterior. 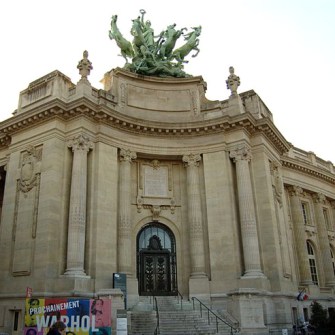 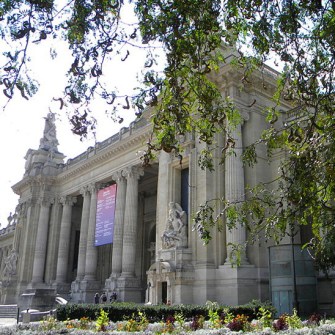 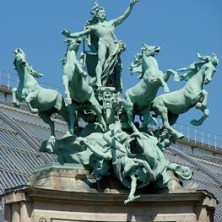 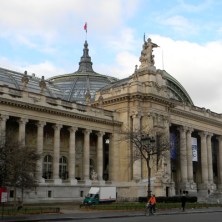 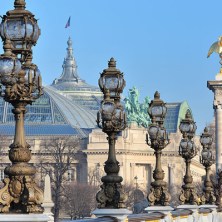 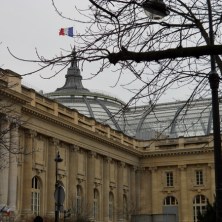 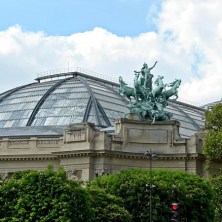 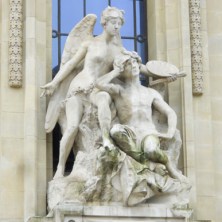 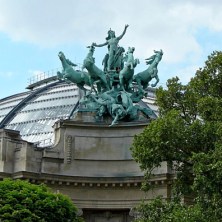 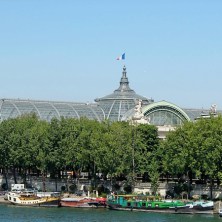 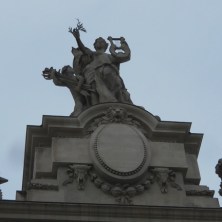 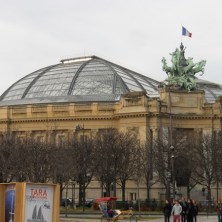 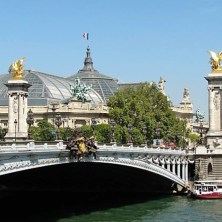 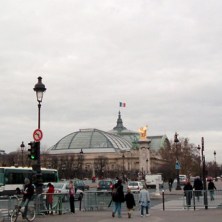