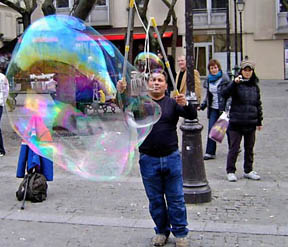 As anyone who’s ever visited Paris knows, one of the best ways to experience the city is to simply wander through its streets, either from your hotel/apartment to a specific destination or, even better, with no end point in mind. There seems to be a surprise around every corner and something new and beautiful to see. Here are some of my favorite street scenes … END_OF_DOCUMENT_TOKEN_TO_BE_REPLACED 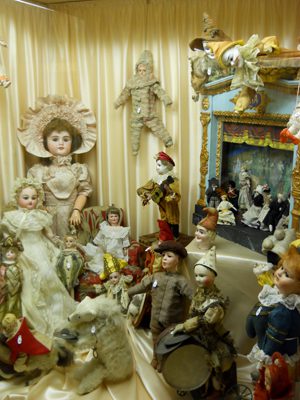 Paris is the global leader in the number and quality of museums that are open to the public (many for free). There are almost 250 musees and galeries in the City of Light, including some of the best-known museums in the world. But there also are many small, unusual halls and salons in Paris that appeal to very specific demographic groups or focus on what can charitably called obscure objets d’art. Any of these unconventional museums make for enormously interesting visits. But one of my favorite off-beat institutions provokes an interesting array of emotions among attendees, from puzzlement to absolute delight—the Musee de la Poupee, a museum devoted entirely to dolls. Yes, dolls. END_OF_DOCUMENT_TOKEN_TO_BE_REPLACED 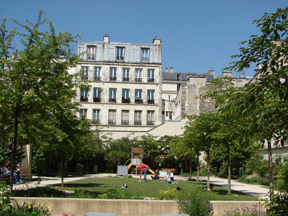 Visitors to the City of Light who enjoyed today’s annual Armistice Day parade and the ceremonial placement of a wreath at the tomb of the unknown soldier under the Arc de Triomphe might also wish to take a moment to solemnize the second World War, in particularl the millions of Jews who were murdered by Nazi Germany (including about 77,000 French Jews). What better place to honor them than with a visit to a serene city park dedicated to perhaps the most well-known of all the victims of the Holocaust—Anne Frank? The charming but difficult-to-locate Jardin Anne Frank memorializes the teenaged girl known worldwide for the diary she kept while she, her family and friends hid from the Nazis in Amsterdam during World War II. But the quiet green space in Paris also more broadly memorializes all those who’ve lost their lives to war. END_OF_DOCUMENT_TOKEN_TO_BE_REPLACED