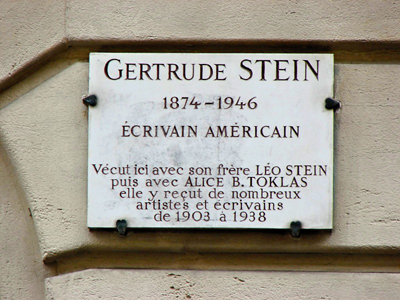 Paris was teeming with writers and philosophers in the early 20th century, including many expatriates from England and the United States who were drawn to the City of Light’s bohemian atmosphere, cheap rents and free-flowing wine. F. Scott Fitzgerald, Ernest Hemingway, Truman Capote, Arthur Koestler, Lawrence Durrell and many others made Paris—especially the Latin Quarter and Saint Germain des Pres neighborhoods on the city’s Left Bank—their home. But a strong coterie of female writers, editors, publishers and booksellers also thrived on the Left Bank. Perhaps the most famous of these were Gertrude Stein and Alice B. Toklas. And visitors to the Left Bank can see where the pair lived and worked at 27 Rue de Fleurus. END_OF_DOCUMENT_TOKEN_TO_BE_REPLACED