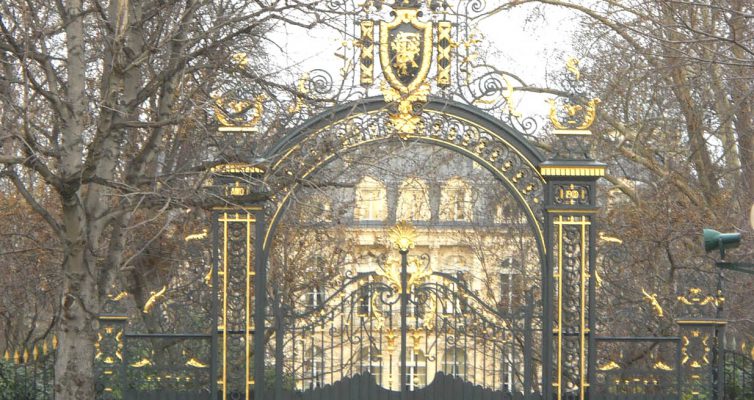 Nearly every visitor to the City of Light pays a visit to the Champs Elysees, either to stroll the long, sycamore tree-lined boulevard or to visit the Place de la Concorde or the Arc de Triomphe that anchor the two ends of the elegant thoroughfare. But relatively few walk the two short blocks to visit France’s version of the White House—the Elysee Palace. It’s definitely worth the short detour! END_OF_DOCUMENT_TOKEN_TO_BE_REPLACED 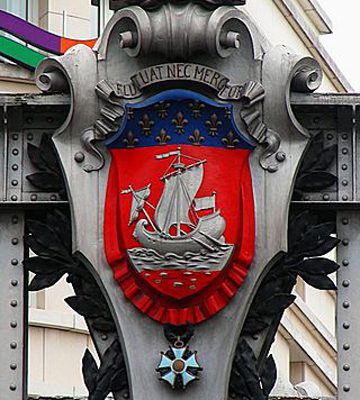 Chances are that most visitors to the City of Light have no idea that they’ve spotted the official emblem of Paris countless times. Paris’s coat of arms appears on well more than 100 buildings and other structures throughout the city. The reason you likely didn’t recognize that what you’re seeing is an official symbol of Paris is because its main image is that of an ancient merchant sailing ship—not something that most people would associate with France’s capital. END_OF_DOCUMENT_TOKEN_TO_BE_REPLACED 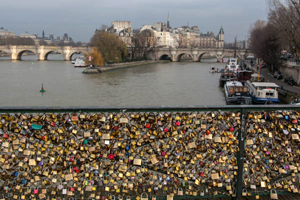 Paris officials announced this week that they have a partial solution to the city’s “love locks” problem–asking couples that normally would place a padlock on the Pont des Arts to instead take a selfie on a Paris bridge and post it Twitter with the hashtag #lovewithoutlocks. The idea is that couples can celebrate their relationships through social media rather than via real-world padlocks. Yeah, good luck with that. END_OF_DOCUMENT_TOKEN_TO_BE_REPLACED 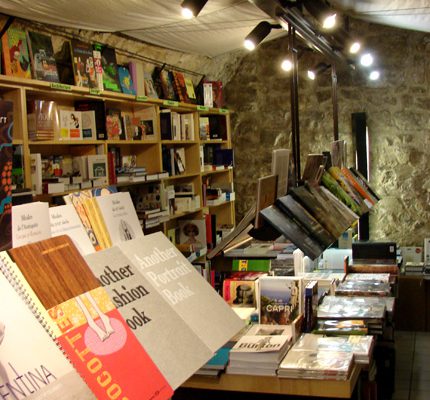 While Amazon.com continues to put U.S. book stores out of business through its cut-rate prices and ruthless business tactics to destroy its competition, France has taken action to protect what it deems a vital part of the nation’s culture and heritage. A new law would ban Amazon from offering free shipping to all addresses in the nation, effectively eliminating one of the online seller’s biggest financial advantages. Government officials say the measure is needed to protect two key components of French culture–books and the proprietors that sell them. END_OF_DOCUMENT_TOKEN_TO_BE_REPLACED 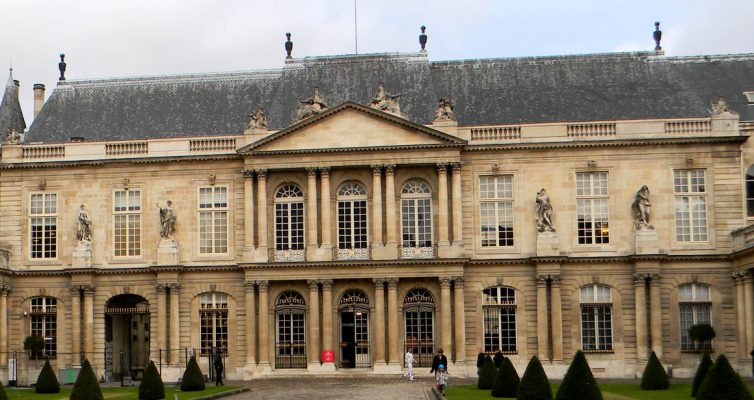 Another of the gorgeous 300-year-old mansions in Paris’s Marais district is the massive Hotel de Rohan, officially named the Hotel de Rohan Strasbourg as it was built in 1705 for the bishop of Strasbourg, Francois-Armand-August de Rohan-Soubise. This 18th century mansion was designed by architect Pierre Alexis-Delamair as the sister to the nearby Hotel de Soubise estate, Today, both manors are owned by the French government, and serve as the location for France’s national archives and the Musee de l’Histoire de France. END_OF_DOCUMENT_TOKEN_TO_BE_REPLACED