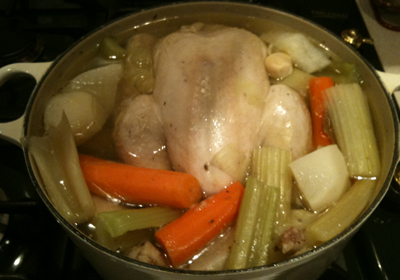 History books often claim that the pledge to provide working-class families with a “chicken in every pot” was first uttered by U.S. president Herbert Hoover during the beginning of the Great Depression. But actually, the honors go to France’s King Henri IV, who in the 17th century pledged to create policy so that the nation’s peasants would have a “chicken in his pot every Sunday.” And from that pledge—completely unfulfilled, but the way—was born the classic dish poule au pot (chicken in the pot), a “peasant dish” that has evolved to become a staple of French cuisine. And one of the best places to get it in Paris is at the aptly named restaurant La Poule au Pot. END_OF_DOCUMENT_TOKEN_TO_BE_REPLACED